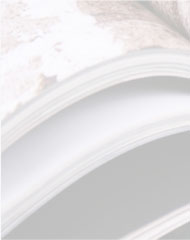 We’ve been serving the French press for the past 60 years.

UNI-Presse’s mission as an association is to encourage and promote French culture and language throughout the world. It began in 1948 as part of the Service d’Exportation de l’Union Syndicale de la Presse Périodique (Export Service of the Export of the Trade Union of the Periodical press) , itself founded in 1946. Today UNI-Presse offers publications by all of France’s main publishers, and across all sectors of publishing: general interest, scientific, medical, legal, technical, literary, etc.

UNI-Presse is the bridge between its member publishers and millions of French-speaking readers throughout the world. Thanks to UNI-Presse, each year new readers in more than 190 countries are discovering and enjoying over 650 French publications, both general and special interest.

UNI-Presse works in collaboration with existing French cultural networks throughout the world: the Alliances Françaises, Chambers of Commerce, the cultural services of the French Embassies, offices for linguistic and cultural cooperation, various Instituts Français, etc. UNI-Presse organizes itinerant exhibitions, meeting those who, wherever they are in the world, like to read in French. UNI-Presse has a “French Press” stand at all the major Book Fairs.

Subscribe to the French press from anywhere in the world !

Thanks to UNI-Presse, you can subscribe to over 600 publications from the French Press. Subscribers can sign up in various ways: at the secure uni-presse.fr website; at the stands at the various exhibitions or Book Fairs; through our general annual catalog (containing all the publications by our member publishers) or the four thematic catalogs; or by responding to direct mail campaigns.

To help major government offices and institutions manage their subscriptions, UNI-Presse centralizes all the subscriptions of the various French Government ministries which must be sent abroad (to embassies, consulates, cultural centers, French high school, etc.).

UNI-Presse is financed by subscriptions of its member publishers, and by legal aid fund for the expansion of the French press from the French Government.

To join us and enjoy our special offers for professionals, please enter your email address to create an account